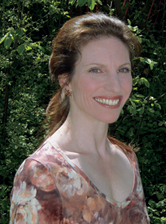 Gretchen Bernard-Newburger started on her life’s quest to dance at the age of four. Born in New Orleans, Louisiana, Gretchen began her training with Rebecca Lentz, and at age twelve with the Giacobbe Academy of Dance. By the age of fourteen, Gretchen was a solo dancer of the Delta Festival Ballet of New Orleans. Thereafter followed master studies and scholarships at the American Ballett Theater School, Balanchine’s School of American Ballet, the David Howard Dance Center in New York, San Francisco Ballet School, Houston Ballet Academy, and the Centre de Danse André Glegolsky in Paris. In 1979 Gretchen was awarded the bronze medal in the Junior Division at the USA’s First International Ballet Competition in Jackson, Mississippi. From there, her career was graced with the extraordinary privilege of receiving invitations to join world-class companies as a soloist. Gretchen decided to join the National Ballet of Canada 1980, followed by the London Festival Ballet (English National Ballet) 1985, and the Zürcher Ballett 1987.

During her performance career, Gretchen had the honor and priviledge to have been coached and nurtured by the dance world’s finest artists such as Nikolas Beriozoff, Erik Bruhn, Richard Cragun, Alexander Grant, Marcia Haydée, Natalia Makarova, Rudolf Nureyev, Peter Schaufuss, Peter Wright, Rafael Avnikjan and her last ballet director, Uwe Scholz. With Gretchen’s virtuosity charm and engagingly glamorous stage presence her career has embraced a rich and diverse repertoire. Gretchen has performed soloist and principal roles in the major classics and full-length ballets and has been a favorite of many contemporary choreographers. Gretchen enjoyed guest engagements as principal ballerina in the USA, Canada, Italy, Slovakia and Switzerland. 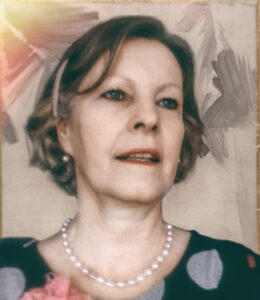 Susanna Olgiati has been a member of the ART team since mid-May 2015. When asked about her responsibilities at ART, she answers: "Everything but dancing". After completing her training as a tourism clerk, she worked for American Express in the business travel sector for several years. This activity along with her interest in foreign languages and cultures has led her to various longer stays and travels abroad. She lived in the Engadine for 15 years and worked as a management secretary in the luxury hotel industry.

She is the mother of two grown daughters and lives with her family in Central Switzerland, where she worked for several years in administration and human resources for a healthcare company.

Susanna Olgiati contributes her versatile and service-oriented know-how as well as her many years of experience to the management of the Atelier Rainbow Tanzkunst office and administration.
Official Youth and Sport Switzerland Coach.

Lesli Wiesner, an American, received her training in the United States. As a Principal Dancer with the Los Angeles Ballet, under the direction of John Clifford, she had the opportunity to learn and work in the Balanchine style, dancing many of the Balanchine ballets.

Upon coming to Europe, she joined Les Ballets de Monte Carlo as a Soloist and the Zürich Ballet under the direction of Uwe Scholz. Later, branching out into Musical Theater, Lesli was in the original cast of the Hamburg production of “The Phantom of the Opera” as Assistant Dance Captain and Ballet Girl. Following this was an engagement as Dance Captain and “Cassandra” in both the Zürich and Eurotour productions of CATS, and again as Dance Captain in the Basel production of “The Phantom of the Opera.” Lesli also had the opportunity to assist Director/Choreographers Baayork Lee and Chet Walker on various European productions.

Lesli travels internationally as a Guest Teacher for ballet and musical dance workshops and is a Certified Pilates Instructor teaching in the Zürich area. As well as her work at ART, Lesli is on the Ballet Faculty at Tanzwerk101 for the Grundausbildung Bühnentanz ZTTS and Höhere Fachschule für Zeitgenössischen & Urbanen Bühnentanz in Zürich and is an official Youth & Sport Switzerland Instructor.

At the age of 18 she was accepted into the ensemble of the Opera of Niteroi (Rio de Janeiro). Her repertoire included ballet classics like "Swan Lake", "Coppélia" and "La fille mal gardée". She celebrated her greatest successes in different musicals and film productions at the same time.

In Switzerland she leads a 26-person Brasil folklore ensemble and a show group with which she performs in Switzerland and abroad in Brasil/Jazz/Hip Hop/Folklore. With a lot of enthusiasm and temperament she now teaches at Atelier Rainbow Tanzkunst.

María Eugenia Segarra Cañamares began her ballet education at the age of 5 years in her hometown Cuenca (Spain). At the age of 15 she came to the Víctor Ullate Dance School in Madrid. There she completed her education with masters like Víctor Ullate, Assaf Messerer, Hanneke Berlhge, Robert Fisher, José Parés, Menia Martínez, Irina Milovan, Aurora Bosch and Karemia Moreno for classical ballet, Teresa Nieto, Hanne Samson and Benjamin Felirsdal for Modern/Contemporary Dance, and Antonia Martínez for Spanish Dance.

From 1988 to 1995 she worked as teacher and ballet mistress of the ballet company Víctor Ullate Ballet-Comunidad de Madrid. In 1996 she passed the master examination at the Conservatory of Dance (María de Ávila) CSDMA in Madrid and then joined the Víctor Ullate Dance School as a ballet teacher. She has taught all levels of classical ballet and has been also responsible for the international ballet workshops of this Madrid dance school.

From 2003 to 2010 she taught ballet at the Carmen Roche Scaena School of Dance and Performing Arts and at the Arte 369 Ballet School (both in Madrid). At the same time, she also worked as a ballet master with the Carmen Roche Ballet Company and the Arte 369 Company (under the direction of María Giménez).

As a guest lecturer she is invited to ballet workshops and training courses. She has prepared selected students for international dance competitions such as the Prix de Lausanne and Eurovision and has also taken part in Spanish (Granada, Santander, Mérida) and international (La Habana, Torino, Reggio nell'Emilia) competitions. Download María's CV

Belinda Lo Giusto – Oetiker found her passion to dance at Atelier Rainbow Tanzkunst (ART) by attending ballet classes to enhance her Rhythmic Sport Gymastics. This passion to dance soon took over her life and she completed a professional ballet education at Atelier Rainbow Tanzkunst, The Basel Dance Academy / Galimudance and The Ballet School for the Zurich Opera House.

She attended the Zürich Tanz Theater Schule (ZTTS) as well as the Choreo Dance Project (CDP). Soon after she attended intensive studies in Italy, France, and in the USA, in New York City. Shortly after followed by engagements in classical ballet, ModernContemporary Dance, Jazz, Hip Hop and voice.

After Robin Lee Smith received a black belt in karate, he started acting and movement theatre at the age of 15. He graduated in the performing arts and was then accepted at Laban Centre in London, where he graduated with a Bachelor Honours Degree in Dance Theatre and a Master's Degree in Choreography and Dance.

He toured with the Transitions Dance Company and later trained as a personal trainer. He continued to work intensively on his own choreographie and with numerous companies before moving to Switzerland in 2003. He continued his work as a choreographer for companies and schools, as well as fitness training. Robin Lee Smith concentrates mainly on his own style of modern teaching technique, but continues to dance in various projects, musicals and his own works. To date he has been seen in over 1500 performances in Switzerland.

Robin's hours are based on the idea of dance form, the connection between dancer and audience and the possibility to create a dynamic change through postponement and a clear use of direction and space. He follows a technique based on release.

Simone Bucher started dancing jazz dance as a child at a dance school in Zug. Later she intensified her training and followed it with Hip Hop, Modern, Contemporary and Ballet. She completed her training as a stage dancer at the Zurich Tanz-Theater Schule (ZTTS) and then studied dance pedagogy at the Zurich University of the Arts (ZHdK) for two years.

This was followed by stays abroad, where she expanded her repertoire at renowned schools, especially in New York, and expanded her professionalism. She attended intensive programs and workshops with renowned lecturers at home and abroad. In addition, she danced and choreographed for various stage projects, videos, TV show (DGST).

Simone teaches Jazz Dance at various dance schools (Tanzwerk101 in Zurich) as well as training centres. She has been a member of the ART teaching team since 2016. Official Youth & Sport Switzerland Instructor.

Michael Bredy taught himself hip hop and learned moves from street dancers on New York's streets. He was a member of the MOPTOP Family, a group formed in Brooklyn. This gave him the opportunity to learn the hip hop culture and history where he was born.

"A natural talent, he learned everything from the streets and other street dancers." Soon he was noticed and received roles in movies and TV shows. Michael danced in various companies in New York, New Jersey and Connecticut. He discovered his love for House in the 90s.

To build a career, Michael studied at a New York university and graduated with an Art Major. During his studies he continued to perform in clubs and at parties. Dance continued to dominate his life. When he came to Europe he was given the opportunity to teach and choreograph. Since 2015 he has been a member of the ART teaching team and is an official Youth & Sport instructor. 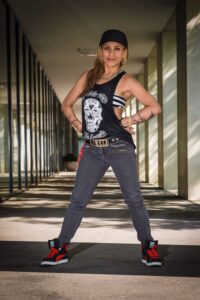 Jemelle is originally from Washington DC, USA. She started dancing and singing at the age of 4, with PACAS a cultural performing arts society. She is skilled/trained in different styles of dance and performing arts. This lead her at a very young age to perform, teach, and work around the world.

Eventually, she made her way to Switzerland in the year 2004. She has worked for various artists, production companies, movies, music videos and schools.

Now my passion is to pass on that knowledge by teaching the next generation of dancers/performers. I love teaching. I love watching my students ‘letting go’ and ‘being in the moment’ with the music. I have been with ART since 2006 and continue to watch students grow creatively as artists, not just as dancers, and this is breath taking.” Official Youth & Sport Switzerland Instructor.

Boris da Costa was born in 1998. He discovered dance when he was four. It started with some African dance moves that he learned through his parents. A couple of years later, his siblings took over his parents’ position as dance teachers.

Back then they taught him the trendiest hip-hop dances but as time passed neither parents nor siblings had time for him anymore. Therefore, he learned through the Internet until his friends recommended him to take classes in his village at the age of 15.

Since 2016 he and a friend of his have been leading a crew called “True Balance Crew” and he’s been trying to take as many workshops as he can. Finally, he’s been officially teaching with this friend of his since they completed the J+S instruction in dance and further education in Hip-Hop in 2017.

Christina Henderson was born in Zurich to South African parents. At the age of 5 she started taking lessons at Atelier Rainbow Tanzkunst and discovered a passion for dance.

Her main focus being ballet, she has also taken classes in modern, jazz and hip hop. Over the years she became interested in teaching and found ART with teachers like Gretchen and Lesli to be the perfect place to learn from.

Christina was personally trained and mentored as a dance teacher by Madame Gretchen. Currently Christina is studying pedagogy at the Zurich University of Education. She is also an official instructor of Youth & Sport Switzerland. 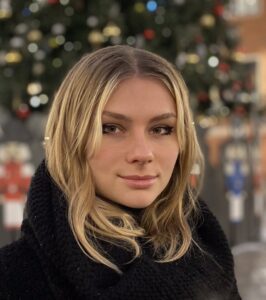 Anastasiia Markova has been dancing vor over 15 years. In 2012 she became a student at ART and participated in ballet, modern dance, contemporary and hip hop classes. She started her teaching career as an assistant in hip hop classes, under the mentorship of Ms. Jemelle; in 2019 she got accredited as a J + S-Coach and became a full member of the ART team. Alongside her work as a teacher Anastasiia studies at the University of Zurich.